Immigrant Population Trends: Africa By The Numbers in Canada

In 2019, immigrant population trends for Canada show that almost 61% of all permanent residents admitted into the country came from only 10 countries. Notably, from the African continent, Nigeria and Eritrea featured prominently, contributing 12,595 and 7025 immigrants into Canada respectively, and occupying the fourth and eighth positions in rank of the numbers of immigrants by source country.

The other countries in this list of the top countries from which Canada sourced permanent residents include India, China, Philippines, United States, Pakistan, Syria, South Korea and Iran in that order.

Certain observations that can be made in these immigrant population trends, even if not uniform to or across all these countries, can be made about the countries from which Canada obtained permanent residents:

In just 4 years, Nigeria has more than tripled its intake in permanent residence numbers from little over 4,100 in 2015 to approximately 12,600 in 2019. The vast majority gaining admission into permanent residence do so through the Express Entry route’s Canadian Experience Class.

Playing To Their Strengths

The immigrant population trends show that Nigeria dominates countries among the lesser developed nations gaining access to permanent residence status in Canada. This is largely attributed to weakened economic growth and general decline in the standards of living in the country after the slump in oil prices. As more and more citizens sought to reverse their economic fortunes, many would initially seek out an education abroad and eventually, on completion of their studies, immigrate to Canada.

Nigeria has traditionally been closely associated with academia and academic pursuit on the African continent. Not only does the society demonstrate high literacy, Nigerians are proficient in the English language and this gives them an edge when applying under the points-driven Express Entry pathway.

There is a congruence in the prevalence of employment opportunities in both countries with many who were immigrating to Canada who were formerly employed in the oil and mining sectors, legal practice, ICT, health care and other science and technology fields making easy transition into Canada because of the prevalence of strong, similar industries there. These parallels make the transition for many in these fields easier.

The same cannot necessarily be said of why Eritrea may be increasing on the rise. However, the numbers of Eritreans streaming into Canada via the permanent residence programs in increase. This was initially attributed to the large numbers of immigrants admitted on humanitarian grounds, especially the refugees and asylum-seekers programs as Eritrea emerged from the repressive regime. With a growing student population of Eritreans studying in Canada, this factor may also have contributed to the increasing numbers.

The sustained economic downturn owing to slump in oil prices, especially for Nigeria, will see the current numbers of those seeking permanent residence in Canada continue to rise, particularly so because of the sustained assault on immigration by the Trump administration on Nigerians, who now have limited opportunity to seek greener pastures in the US. 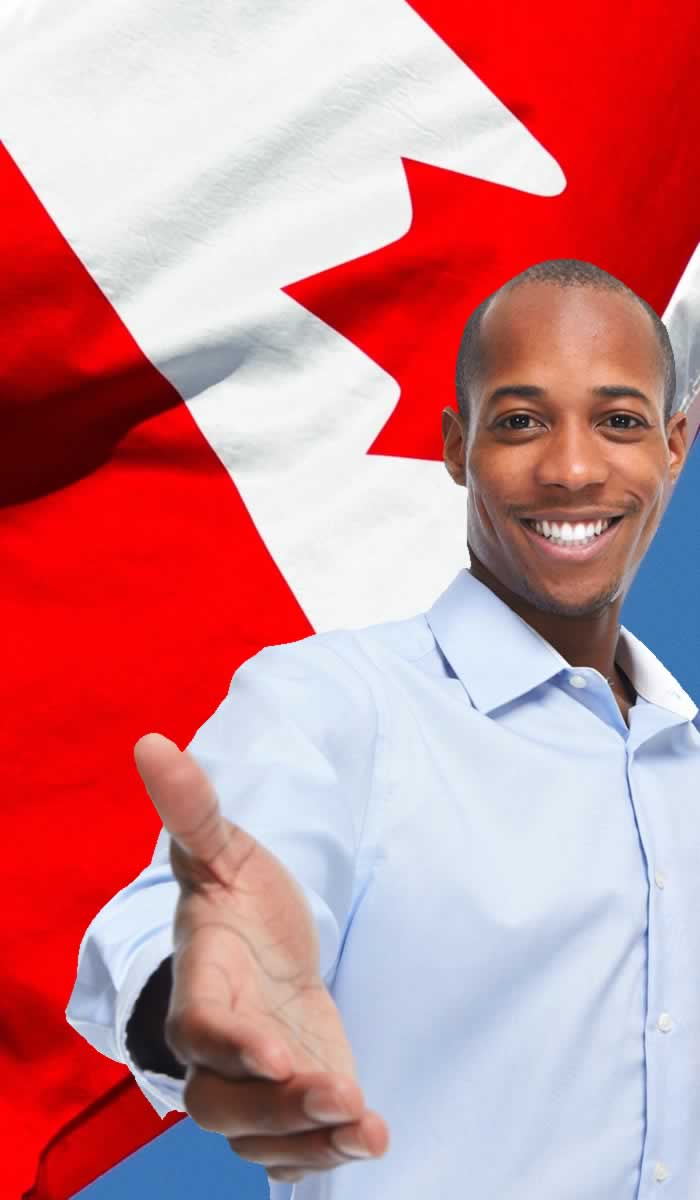 Would you like to find out what options you have for immigrating to Canada? Well, we can help you there. Complete our free, online version of our initial assessment one of our team members will contact you to explore the possibilities!

Africa’s Contribution By The Numbers

By 2031, Statistics Canada, the agency that collects key information on Canada’s economy, society and environment projects that 50% of the country’s population could have at least one foreign-born parent.

There is often a high correlation in the numbers for each country between those who have sought and become permanent residents in Canada and the country’s representation within the numbers of international students studying in Canada.

For example, for 2017/2018, China and India had the highest numbers of international student enrolments within the entire fraternity of the international student community (a whopping 51%!). The same scenario is then evident with the largest immigrant communities being led by those two countries; India coming in first with approximately 690,000 immigrants in 2019, while China coming in second with nearly 670,000 immigrants in Canada. This is bound to happen because international students who have studied there have a higher probability of transitioning into the country as permanent residents because the process is not as demanding as it would be on someone living in their home country.

In many respects, these immigrant population trends can be attributed to Canada’s open and transparent immigration process, its quality, affordable education and health care, its versatile and highly mobile labour market and an all-round, reputedly higher quality of life makes it an ideal choice for many entering into the labour market or looking to either advance their careers or simply seeking a higher standard of living.

Countries like UK and US which were hitherto looked at in much the same way, are now openly considered to be a lot less welcoming of immigrants. This stark contrast has amplified the prospects for Canada to expand its labour force even as more and more migrants from those countries previously deemed as attractive have dimmed out in comparison.

Send Us Your Questions

How can we be of assistance to you? Please feel free to send us your queries, someone will get back to you as soon as possible.

Any cookies that may not be particularly necessary for the website to function and is used specifically to collect user personal data via analytics, ads, other embedded contents are termed as non-necessary cookies. It is mandatory to procure user consent prior to running these cookies on your website.

Show Us Some Love!